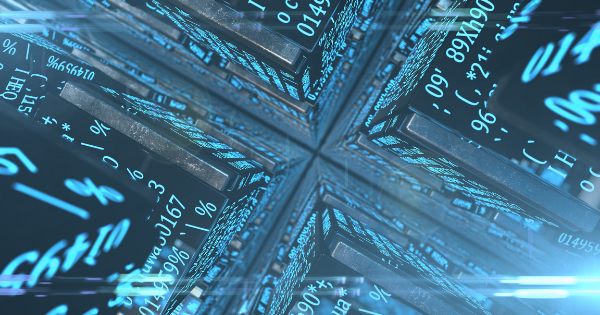 Find out how Asia Outbound can introduce you to new intermediaries for your project or services.
By Kelly Le
China’s central bank is exploring a new stance towards Bitcoin and other cryptocurrencies, now calling them investment vehicles – but not currency
China’s central bank officials said that bitcoin and other cryptocurrencies should be regulated as “investment vehicles” or “alternative investments” in the Boao Forum this weekend, as reported by CCTV, a Chinese state-owned TV station.
“We believe Bitcoin and stable coins are crypto-assets that should be regarded as investment vehicles, not currencies,” said Li bo, the Deputy Governor of People’s Bank of China (PBOC) in the “Digital Payment and Digital Currency” panel discussion of Boao Forum for Asia Annual Conference 2021 on Sunday.
Boao Forum for Asia, recognized as “Asian Davos,” takes place every year in Boao, Hainan province of China. The organizers invite government, business, and academic leaders to share their vision on the most pressing issues in this dynamic region and the world.
“We think the main role for crypto assets in the future is either as investment vehicles or as alternative investments. Take it as an investment vehicle, many countries, including China, are still researching what kind of regulatory environment it needs,” said Li.
“We also need to make sure that speculation in these assets will not create serious financial risks. In other words, until we figure out what kind of regulations we need, we will continue to do what we do now,” said Li as reported by Security Daily, a state-owned finance newspaper.
Zhou Xiaochuan, the former President of PBOC, emphasized the relation between digital assets and the real economy in the same panel.  “China pays special attention to the real economy,” Zhou said, as reported by Economic View, an online finance media owned by China News Service. “The purpose of finance is to serve the real economy. Both digital currencies and digital assets should be closely integrated with the real economy and serve the real economy,” Zhou added.
Zhou took digital currency as an example, illustrating that digital currency supports payment transactions, so it “must be good for the real economy.” At the same time, he keeps vigilant on crypto assets and still has questions on how crypto assets could benefit the real economy.
PBOC officials’ comments on cryptocurrency took China’s crypto community by storm. One netizen joked on Weibo, a twitter-like microblog platform, that he could barely believe the statement was from PBOC as the attitude changed too dramatically.
Beijing started putting strict regulations on cryptocurrencies and effectively outlawed cryptocurrency trading and initial coin offerings (ICO) during the Chinese crypto craze in 2017. Since then, many crypto exchanges have moved their headquarters outside of China, and Beijing has continuously shut down ICO projects, closed crypto-related social media accounts to minimize circulations of crypto trading-related information.
At the end of 2020, PBOC drafted a new version of banking law, adding contents that provide the legal basis for DCEP, Chinese central bank digital currency, and outlawed all other digital tokens. It wrote, “for Initial Coin Offering and other tokens trade, Article 22 clarifies that no unit or individual may produce or sell tokens, coupons and digital tokens to replace renminbi in circulation in the market, which would be used as renminbi substitutions circulating in the market. If the case is serious enough, offenders may be put in jail. ”
PBOC’s comments on Boao Forum have encouraged crypto communities in China. One netizen commented on Weibo, “It is better that PBOC plans to regulate cryptocurrencies, rather than ban it at all.” Another netizen said, “regulation on cryptocurrency means cryptocurrency is going to have legitimacy.”
Wu Blockchain, a China-based crypto blogger, said that Beijing may have some positive policy changes in terms of cryptocurrency based on PBOC’s words on Boao Forum, as “it was the first time PBOC’s deputy governor has positively acknowledged the significance of Bitcoin and other crypto-assets in a direct way as investment vehicles and emphasized compliance of regulation.”
Source: Forkast