Investing In The Surging Demand In U.S. Housing 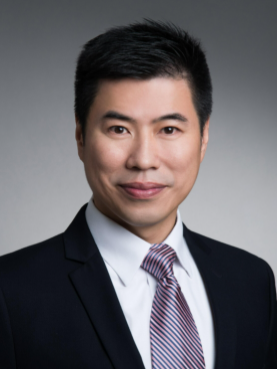 Although a bleak economic outlook is not usually accompanied by a booming house market, this is exactly what the U.S. has experienced during the global pandemic – arguably the least likely time for soaring demand for new homes.

Yet fuelled by low inventory, among other factors, the evidence is compelling. Even the recent backdrop of emerging concerns in recent months about “an overheated market” hasn’t derailed the momentum.

For example, annual home price gains hit a record high in June, according to the S&P CoreLogic Case-Shiller U.S. National Home Price NSA Index. Considered the leading measure of U.S. home prices, data released at the end of August showed continued increases across the country. Year on year, there was an 18.6% annual gain in June, up from 16.8% in the previous month.

Further, while the market has begun to cool due to higher costs, estimates from the U.S. Census Bureau and U.S. Department of Housing and Urban Development (HUD) showed that July recorded a slight gain of 1% for sales of newly-constructed single-family homes. The annual rate, however, was 27% lower than a year ago.

Interestingly, this also reflects a longer-term, pre-pandemic trend that creates enticing opportunities for investors – from wealthy individuals to family offices and institutions alike – to access robust, consistent supplies of developable land that can facilitate the current growth trajectory in the U.S. residential home market.

At the same time, as the homebuilding industry has shifted to more of a “just in time” inventory approach, there is a growing need to think about land investment in a new way.

Historically low mortgage rates and the shortage of inventory are expected to continue to keep the U.S. housing market strong as far as demand goes.

For example, the 30-year fixed-rate mortgage (FRM) averaged 2.87%, according to the results of the latest Freddie Mac Primary Mortgage Market Survey (PMMS), as of early September. This was down from 2.93% 12 months earlier.

Notably, the agency has projected a relatively competitive average mortgage rate for 2022 – 3.7% for a 30-year fixed loan.

A significant chunk of the appetite in the past few years has come from millennials, both in the younger (22 to 30 years old) as well as older (31 to 40 years old) segments. These groups comprise the largest share of homebuyers, at 23% and 14% respectively, according to the NAR.

In particular, over the past 12 months, a growing number have been able to capitalize on lower mortgage rates to fulfill their desire to buy their own home for the first time.

Yet low stock, among other factors such as lifestyle choice, has influenced their decisions in terms of location. “There is an ongoing shortage of available homes in the U.S., so first-time buyers will need to consider new options,” explained Tom.

Among these alternatives are suburban homes, which have become more sought after across the country since the pandemic started. A research report by Zillow, the real estate firm, found that 47% of millennial homeowners live in the suburbs, as opposed to urban and rural areas.

Affordability has been a key driver. But in addition, the suburbs offering larger living spaces and, in some cases, more modern houses, ready-made communities with amenities are on-demand. Millennials are also willing to be patient in their search for a suitable property.

“The appeal of new lifestyles with more living space further away from cities has grown amid work-from-home policies that will likely continue for the foreseeable future,” said Tom. “This gives millennial homebuyers greater ability to move into good school districts, enjoy more space and not have to commute every day of the week.”

Such factors have contributed to the shift in Southern California, for example, from coastal areas into the so-called “Inland Empire”. U.S. Census numbers released in August 2021 showed Riverside and San Bernardino counties added more than a third of a million residents between 2010 and 2020, with Beaumont ranking first among Inland cities in terms of growth rate (44%), followed by Lake Elsinore (36%) and Menifee (32%).

Recognizing the inventory dilemma, the homebuilding industry has increasingly been looking to secure development land, or lots, through option agreements, rather than pursue the traditional “land banking” model of the past.

As a result, national homebuilders can align land acquisition with home sales, therefore allowing them to better manage their balance sheet exposure to long-term land assets.

“We are seeing an incredible demand for housing right now that is rapidly depleting homebuilders’ future land inventories,” explained Tom. “We are therefore working on the acquisition of land assets that are one to two years away from development in high-growth regions of the U.S. with signed interest from public homebuilders who are keen to secure future development land inventory in markets where they are already active, to meet the increasing demand from homebuyers.”

In short, as homebuilders take down the land on a phase-by-phase basis, investors receive more regular cash flow; they receive annual distributions as the land is taken down by the homebuilder, and as homes are built and sold.

Ultimately, this shift in demand among home buyers and a more flexible approach to aligning interests of all parties also provides a new route for diversifying U.S. real estate portfolios in a way that evolves with the changing dynamics of the market.

Since late 2019, Walton changed its primary business strategy into Exit-Focused Pre-development Land (EFPDL). This offers a solution to homebuilders’ long-term inventory needs by acquiring land pre-identified with home builders, for the future purchase of residential lots in phases for development. As of 31 August 2021, Walton had launched 15 EFPDL projects consisting of 2,800 acres of land, of which 9 projects are in various disposition stages involving 8 national homebuilders. 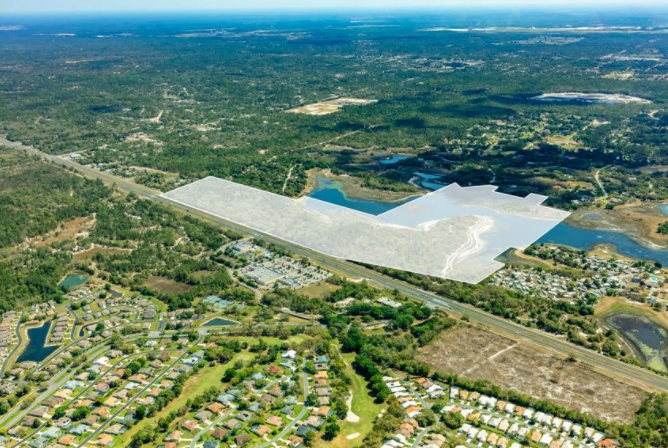