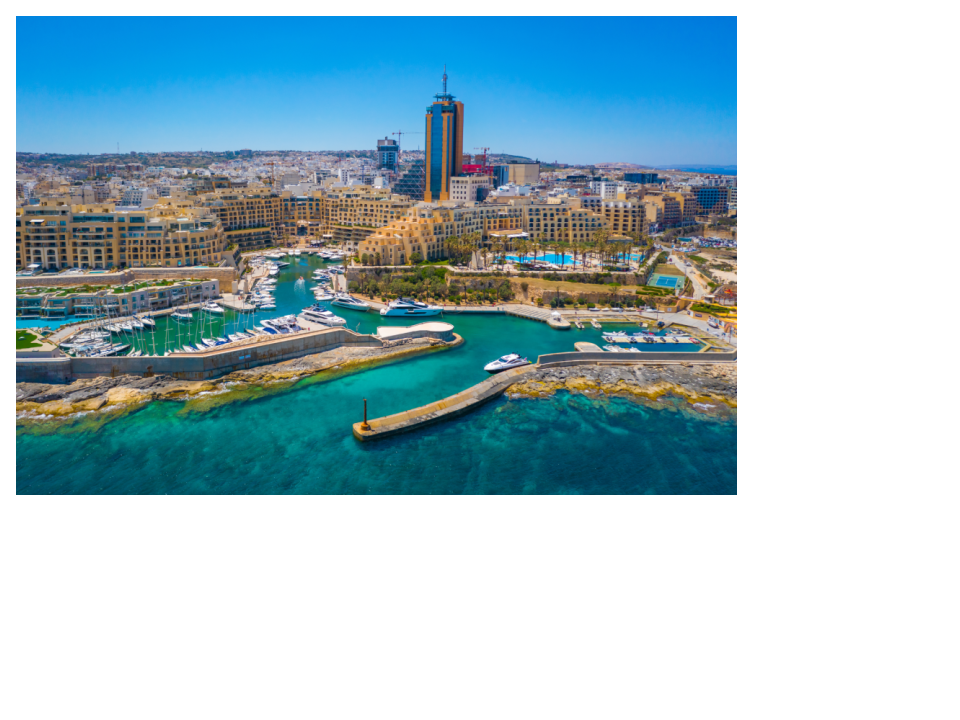 The demand for global mobility and investment migration has gained a fast momentum, and the tiny island state of Malta has proven to be a highly attractive solution for various high net worth individuals. Affluent individuals from all across the globe have identified Malta as the second home for their family, as their gateway to European education and investment, or even as a safe place to enjoy a peaceful retirement. Located at the heart of Europe and with a politically stable and prosperous economy, Malta is an obvious choice for investors seeking a warm climate and a multilingual population.

The Malta Permanent Residency Programme (MPRP) offers affluent individuals and their family members the opportunity to reside and settle in Malta through local investment.

The Malta Permanent Residence Programme offers, affluent third-country nationals and their dependant family members, the opportunity to reside, settle and stay indefinitely in Malta by investing in the country. A permanent residence Certificate is issued upon approval with a relatively fast approval process of 4-6 months.

To be eligible, the Main Applicant must be: over 18 years of age, possess a clean criminal record, and be in good health.

In addition, the main applicant must be in possession of €500,000 worth of assets of which €150,000 shall be in the form of financial assets. Investors are required to make investments includes purchasing or renting residential real estate, capital transfers to the Government, and donating to charitable organizations.

Citizenship by Investment programs is an effective way for high-net-worth individuals and their families to acquire an alternative or second citizenship – opening the doors to a wealth of opportunities.

Citizenship grants international families the right to live, work, and study in the new country often offering a politically stable and safe environment, with access to world-class healthcare, education, and business networks. Families can also benefit from increased travel options with visa-free access to different countries. In addition, citizenship can be passed on to the next generation irrespective of birthplace.

Malta's Citizenship for Exceptional Services by Direct Investment requires the investor to make three forms of investment. Namely, a capital transfer to the Government, investment or leasing of residential real estate property, and a donation to a local voluntary organization. Malta grants citizenship after a three (3) year residential period, or by exception one (1) year.

Why Malta is a popular destination for immigration investors?

The Republic of Malta is strategically located in the heart of the Mediterranean. The country comprises five islands—Malta (the largest), Gozo, Comino, and the uninhabited islands of Cominotto and Filfla. Malta lies 80 km south of Sicily, Italy and 285 km east of Tunisia, and about 330 km north of Libya.

The island of Malta is located just a 2-hour flight away from most European capitals. From its southern position, Malta is also ideally located to access key destinations in North Africa and the Middle East.

Malta enjoys year-round sunny weather with warm summers and mild winters, boasting 300 days of sunshine per year. Summer is typically dry with rainfall occurring mainly in autumn and winter. The colder months of the year are December, January, and February, whilst the warmest months are July, August, and September. The average water temperature in summer is a high 26 degrees, making Malta an ideal place for swimming and water sports in summer.

Owing to its time as a British colony, English is widely spoken throughout Malta.

It is one of two official languages alongside Maltese. The majority of the local population is fluent in English. It is used day-to-day in business, schools, government agencies, and health care facilities, with official documentation and legislation being in English and Maltese.

Malta is one of only two countries in the European Union where English is an official language.

A full member of the European Union since 2004, Malta is recognized as one of the safest and stable places in the world. Malta is a republic, having gained independence from Britain in 1974. Malta is a member state of the Commonwealth of Nations and the United Nations.

A member of the Schengen Area, residents have the right to travel visa-free across the 26 European countries for every 90 out of 180 days.

Malta became part of the eurozone monetary union in 2008, making Malta's currency the Euro.  Malta is a safe place to live with low crime rates.

Malta has a rich and vibrant history dating back 7000 years and has been influenced by the various cultures that have been in contact with and ruled Malta for long periods from the Phoenicians to the British.

Malta has a number of World Heritage Sites as recognized by UNESCO for their importance to cultural and natural heritage. These include the beautiful capital city of Valletta, with its impressive baroque architecture as seen in the Auberge de Castille and Manoel Theatre; and pre-historic temples and sites of Hal Saflieni Hypogeum, Xaghra, Tarxien, Qrendi, and Mgarr.

Malta was recently ranked number five in the World Health Organization's ranking of the world's health systems. Malta is serviced by several public and private hospitals with state-of-the-art facilities.

Schools are divided into public, religious, and private or independent and range from kindergarten to University. In addition, as English is an official language, there are a large number of language schools offering English for business or pleasure.

Vertex Alliance is a Malta-based Advisory, licensed by Government Agencies to help clients and their families acquire permanent residence and citizenship in Malta through investment.

Kenneth is the Managing Director and co-founder of Vertex Alliance. By profession, Kenneth is a qualified and warranted accountant and tax advisor, and his expertise lies in residency and citizenship, international taxation, and wealth structuring. Previously, Kenneth held the position of Senior Director at an international law firm for a span of fifteen years, whereby he led both the Tax Advisory and Tax Compliance Departments as well as the Residency and Citizenship team responsible for the Asian market.

Over the years, Kenneth has spoken at more than eighty conferences and roadshows primarily in Asia but also across Europe. Numerous and diverse high net worth individuals have entrusted Kenneth with both their personal as well as corporate tax planning.

Professionally, Kenneth is best known for being an achiever who embraces challenges, for being a leader who inspires, and for his pragmatic and creative problem-solving skills.