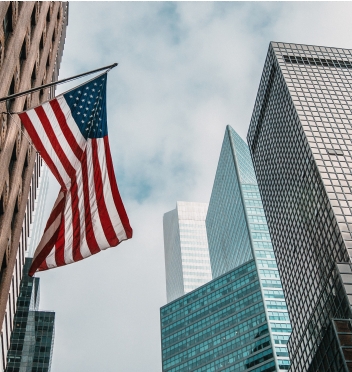 Yogi Berra, the iconic American baseball catcher, famously said: "Make a game plan and stick to it. Unless it's not working."
US Federal Reserve Chair Jerome Powell may have had this quote in mind when he delivered his 'Jackson Hole speech on August 26th, as the world's Central bankers gathered in Wyoming for their first in-person economic symposium for some years.
In contrast to his more optimistic and discursive 2021 effort (promoting maximum employment and transitory inflation), Chair Powell was short and direct, taking just 8 minutes and 49 seconds to deliver his speech. The price stability imperative and the burden of high inflation falling on those least equipped to deal with it were front and center.
The Chair promised to forcefully use the Federal Reserve tools to bring demand and supply into better balance, aiming to bring inflation back down to the Fed's 2% goal. The consequences were spelled out in stark terms; the medicine would be unpleasant, it may be needed for some time, and households and businesses would feel the pain.
This stark and unusually pointed language from a Central banker more accustomed to providing markets with subtle cues through light touch on the tiller, clearly indicates how difficult it will be to unravel the Gordian inflationary knot.
To quote Chair Powell's own words:
If the public expects that inflation will remain low and stable over time, then, absent major shocks, it likely will. Unfortunately, the same is true of expectations of high and volatile inflation. During the 1970s, as inflation climbed, the anticipation of high inflation became entrenched in the economic decision-making of households and businesses. The more inflation rose, the more people came to expect it to remain high, and they built that belief into wage and pricing decisions. As former Chairman Paul Volcker put it at the height of the Great Inflation in 1979, "Inflation feeds in part on itself, so part of the job of returning to a more stable and more productive economy must be to break the grip of inflationary expectations."
What does this all mean for private capital?
The US dollar and US Treasuries remain two of the most important financial instruments in the world, they set the tone and benchmark for global interest rates. The ripple effects of any substantive change in US policy are felt everywhere. And the Federal Reserve remains the 'Daddy' of all Central banks.
In a high inflation environment, Central bankers have two essential policy tools to achieve the goal of low, stable prices. The first is interest rates, and the second is quantitative tightening.
Both lead to higher borrowing costs for businesses and individuals leaving less disposable income to chase discretionary purchases in supply-constrained developed economies experiencing high employment rates.
The effect the Central banks are hoping for is moderation in price increases and wage demands as the economy 'cools', hoping all the while they can do this without triggering a substantive recession.
The strength of language used by Chair Powell implies that choking off inflation before it becomes intractable is the critical goal and that higher unemployment and a recession may be the price that has to be paid. Headwinds are building.
Read the full article here.
Source: Mourant.com