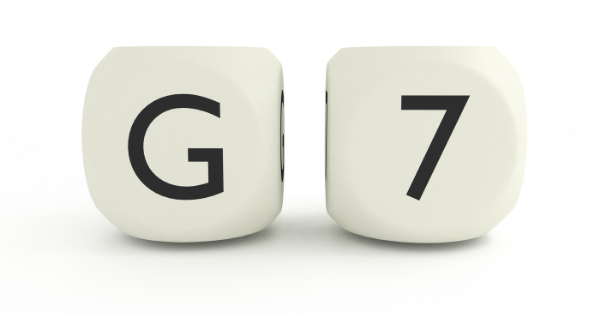 Find out how Asia Outbound can introduce you to new intermediaries for your project or services.
By Bruce Zagaris
As the G7 meetings concluded in Cornwall, England, one outcome was an agreement on a global minimum tax. This initiative will further squeeze the Caribbean just as it is struggling to recover from the harm the COVID-19 pandemic wreaked on tourism, the region’s main economic sector.
May 20, 2021, represented somewhat of a turning point in this regard. The United States Department of the Treasury proposed a 15 percent rate as a starting point for the Organization of Economic Cooperation and Development (OECD) negotiations on a global minimum corporate tax regime, as part of its efforts to modernize the international tax system. The U.S. Treasury announced its position in meetings with the Steering Group of the Inclusive Framework on Base Erosion and Profit Shifting (BEPS) as part of the OECD/G20 international tax negotiations. Until that point, the U.S. Treasury had opposed key aspects of the BEPS initiative, championing the sovereign right of each government to arrange its own tax architecture.
OECD initiatives against tax havens
Since 1998, the OECD has promoted initiatives against small jurisdictions that attract investment by offering tax incentives. In 1998, the OECD issued a report on harmful tax practices by so-called “tax havens.” The OECD defines “tax havens” as jurisdictions with (1) no or nominal taxation on financial or other service income; (2) a lack of effective exchange of information with other countries; (3) a lack of transparency in the operation of legislative, legal or administrative provisions; and (4) the absence of a requirement that investor activity is substantial in order to receive tax incentives. The OECD said governments should blacklist and impose countermeasures on tax havens that did not change their ways.
On July 18, 2001, then U.S. Secretary of the Treasury Paul O’Neill, in testimony before the Senate Committee on Governmental Affairs Permanent Subcommittee on Investigations, expressed concern that the OECD was trying to interfere with countries’ tax architecture and stifling tax competition among nations. Secretary O’Neill expressed concern about the potentially unfair treatment of some non-OECD countries, the lack of clarity in the initiative, and the focus on the requirement that investors must undertake substantial activities in a given jurisdiction in order to receive tax benefits.
The Global Forum on Transparency and Exchange of Information arose from the OECD’s harmful tax practices initiative. (Due to substantial criticism of the initiative, the OECD formed the Global Forum to include countries from within and outside the OECD, and focus on the goal of ending bank secrecy and tax evasion through international tax exchange and cooperation.) The Forum aims to ensure compliance with the relatively recently implemented standards on tax cooperation through its monitoring and peer review activities.
A major part of the 1998 initiative directed OECD countries to consider imposing defensive measures to persuade non-compliant jurisdictions (i.e., tax havens) to cooperate with its provisions. Initially, the OECD put countries not compliant with so-called international tax information exchange standards on a blacklist. In reality, however, the OECD used the initiative to try to develop new soft law standards and coerce compliance through the threat of blacklisting.
Eventually, the Global Forum started publishing a report on peer reviews of the compliance of nations with the international tax cooperation standards, which established the following ratings: compliant, largely compliant, partially compliant, and non-compliant.
The Global Forum still counsels its members to apply countermeasures against uncooperative countries.  Similarly, the G20 has also endorsed defensive measures against these jurisdictions. When the Global Forum gives a partial or non-compliant rating to a Caribbean jurisdiction, especially when that same jurisdiction has recently appeared on other tax or money laundering lists, it is liable to suffer from a loss of reputation, de-risking, and defensive measures.
Source: Global Americans