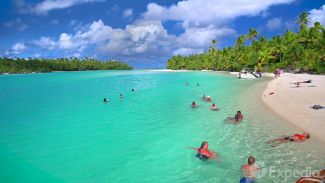 The Cook Islands has received one of the highest assessments in the latest Mutual Evaluation report and is one of two members of the Asia Pacific Group on regular follow up reporting. FSC Commissioner, Louise Wittwer, said the review was a significant achievement for a jurisdiction of this size and reflective of the very high level of commitment from the Cook Islands Government and Crown Agencies to ensure their anti-money laundering legislative framework meets international standards.

The review culminated in the tabling of the Cook Islands Mutual Evaluation report at the 21st meeting of the Asia Pacific Group on Money Laundering in Kathmandu on 25 July 2018.

Following the Asia Pacific Group members’ approval of the Cook Islands Mutual Evaluation report, the Cook Islands was rated top in the world for Technical Compliance, achieving “largely compliant and above” in respect to 38 of the 40 Financial Action Task Force (FATF) recommendations. The assessment also rated the Cook Islands Anti-Money Laundering/Countering the Financing of Terrorism (AML/CFT) regime against FATF’s 11 Immediate Outcomes with five “Substantive”, four “Moderate” and two “Low” ratings in which Wittwer described the achievement as very rewarding.

“The tireless work of the Cook Islands Authorities really came to fruition on the Plenary Floor when our international peers supported the Evaluators findings as depicted in the ME report,” Wittwer said.

She added that the Cook Islands will continue to play their part in being a good international citizen in the fight against money laundering and terrorism financing.

Wittwer congratulated Cheryl McCarthy, FSC Deputy Commissioner, on her outstanding performance as the Cook Islands Mutual Evaluation Country Lead throughout the 18-month duration of this evaluation. She also recognised the professionalism in which the Cook Islands delegation delivered themselves in Kathmandu.